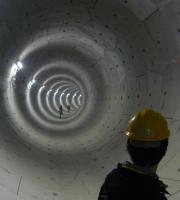 Things have a social life also outside of the commodity chain (Appadurai 1986). Atomic things, from fissionable materials up to all the technological devices associated with them, are 'valuable' on a market, for both civil and military purposes. However, atomic things have a restricted lifetime as useful market commodities, after which they become waste; contaminated, radioactive, therefore dangerous waste. Also, it is eternal waste, both because it remains hazardous for hundreds of thousands of years, and because (up to now) it cannot be recycled and brought back into the commodity chain. This research asks how a nuclear decommissioning regime, that is not a residue of, but constitutive of the social  (Gille 2010) is assembled around such eternally hazardous things, who the people behind this emerging field are, how did they get from the production to the disassembly of nuclear facilities, how did they establish transnational networks of business and expertise in this field and how do they negotiate the boundaries between politics, science and technology at various scales in order to establish an autonomous field? The case study is that of a company specialized in nuclear decommissioning, located at the site of the former largest nuclear power station of the GDR, in the city of Greifswald, which started as a local enterprise supposed to decommission only the local power plant and gradually grew into the largest German player in the industry, taking up several other projects inside of the country but also abroad. The case also plays a key role, due to the recent decision of the German government for a complete phase-out of its nuclear industry, because it holds regional monopoly on a type of expertise that has become of great importance in the global debate for alternative energetic futures.
Areas of interest: Energy politics, Environment, Science and Technology Studies, Urban and Regional Development, Central and Eastern Europe, GDR and Germany.
http://ceu.academia.edu/SergiuNovac